Skip to the content
Last articles
Uzbekistan: between regional cooperation and multilateralism, a multidimensional transition at the heart of the Eurasian space Meeting of Emmanuel Macron and Kassym-Jomart Tokayev: Kazakhstan multilateral policy more relevant than ever November in Eurasia in a nutshell…
Homepage » Chroniques caucasiennes 1967 – 2019 – Frédérique Longuet-Marx – Editions du Croquant
Blog 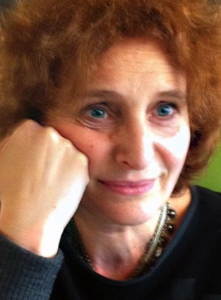 Frédérique Longuet Marx is an anthropologist and has been conducting field research in the Muslim Caucasus since the 1980s. Teacher in sociology and anthropology at the University of Caen, in charge of a seminar on Caucasian Muslims at INALCO then at the EHESS, she is an associate researcher at CETOBAC (Centre for Turkish, Ottoman, Balkan and Central Asian Studies). At the time of the wars in Chechnya, she published in 2003, Tchétchénie, la guerre djusqu’au dernier? published by Editions les Mille et une Nuits.

Nothing better to present this book than to take the presentation text of its publisher: Editions du Croquant in order to commit you to get it as soon as possible: FNAC, DECITRE, CULTURA

From the banks of the Neva to the Caucasus mountains, from the USSR in the 1960s to today’s Russia, this book is not only a travel and discovery story but it is also and even above all the testimony of an anthropologist. A student in Leningrad in the mid-1970s, Frédérique Longuet Marx turned to ethnology after her return to France and in 1983 began research in Dagestan, near Chechnya.

A long history opposes the Russian empire to the local populations. The Tsarist conquest completed in 1864 gave way to Sovietization in the 1920s. Islam played a key role in the resistance, both in Tsarist and Soviet times when the central power tried to mold a citizen identical, the homo sovieticus, by implementing a policy of cultural and political assimilation throughout the territory. Since the end of the USSR, Islam has appeared as an increasingly marked factor of identity and has come back to light with the massive construction of mosques and, in certain regions, the emergence of Salafism as a force of political opposition.

Find our PODCAST with the author: LISTEN