Skip to the content
Last articles
January in Eurasia in a nutshell… Uzbekistan: between regional cooperation and multilateralism, a multidimensional transition at the heart of the Eurasian space Meeting of Emmanuel Macron and Kassym-Jomart Tokayev: Kazakhstan multilateral policy more relevant than ever
Homepage » The protection of the religious heritage of Karabakh: UNESCO grappling with the spectre of Caucasian Albania
Blog

Since the February 4 meeting between the Armenian, Azerbaijani, French and Council of Europe leaders, the prospect of a UNESCO mission in the protagonist countries of the Karabakh conflict seems to be becoming clearer. Armenia and Azerbaijan dispute the ownership of several Christian religious buildings in the region. Numerous and lively exchanges of declarations between the two countries have followed one another in recent months, which resulted in a resolution against Azerbaijan by the European Parliament on March 9. Indeed, Azerbaijani claims are based on their heritage from the former Zoroastrian and then Christian Caucasian Albania. Some historical clarifications relating to this patrimonial quarrel are necessary to better understand the nationalist representations at stake in these two South Caucasian countries.

In 1990, at the time of the fall of the Soviet bloc, an article written by Farida Mamedova [1] devoted to the problem of the Albanian-Caucasian ethnos which appeared in France in the Cahiers du Monde russe et soviétique was the subject of a discussion by Patrick Donabédian [2]. The latter was particularly critical about the origin of the writing and the inscriptions on many Christian monuments as presented by the author. This doctrinal opposition alone sums up the Armenian-Azerbaijani historical debates which have not really evolved since that time. And it perfectly illustrates the endless historiographical battles that underlie nationalist representations throughout the Caucasus.

It is precisely this debate which has just rebounded this month of February 2022 which has seen the dispute over the national affiliation of Christian buildings in the Karabakh region take on particular importance in the perspective of a planned mission of UNESCO. This would aim to protect the religious heritage of the region and would be part of the process of resolving the conflict between the two countries. 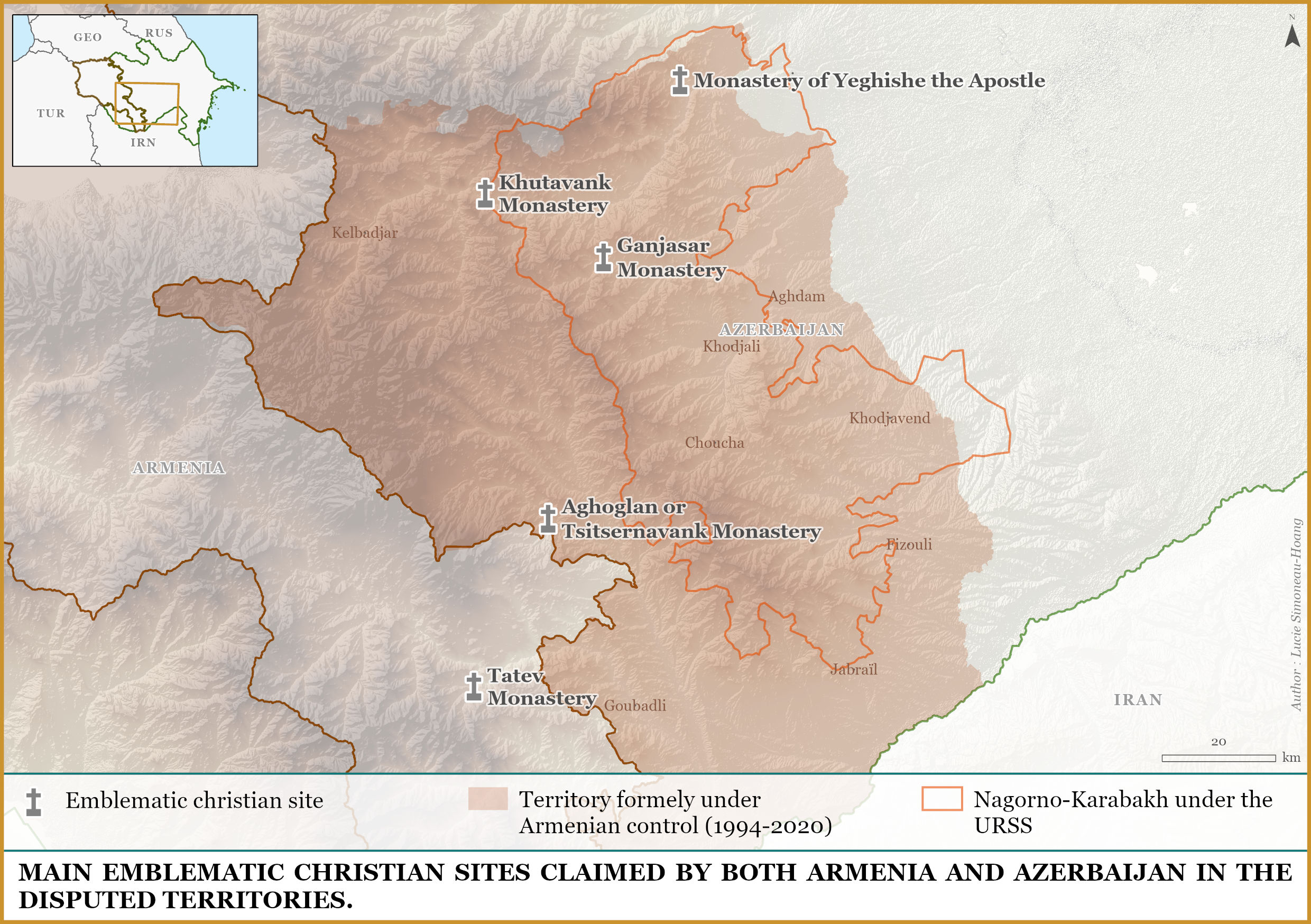 News of the dispute

Thus the declaration of the Azerbaijani Minister of Culture on February 3 according to which a “working group composed of specialists who know Albanian history and architecture has been set up to remove the so-called traces written by the Armenians on the Albanian religious temples” was rectified by him on February 7, citing “false information issued by biased foreign media in recent days”, to clarify the Azerbaijani state project. He thus spoke of a “working group in charge of studying this heritage” by advancing that “if falsifications are identified, they will be documented with the participation of international experts and presented to the international community”.

The Armenian Ministry of Foreign Affairs strongly reacted reacted on February 8 through the voice of its spokesperson Vahan Hunanian who declared: “This once again demonstrates the fact that the cases of vandalism and destruction of the Armenian historical, cultural and religious heritage in Nagorno-Karabakh during the 44-day war and the following period are deliberate and pre-planned, and are part of the policy of annihilating the indigenous Armenian population of Nagorno-Karabakh”. Many Armenian NGOs have appealed to the authorities to notify the measures taken by Azerbaijan to the International Court of Justice of the United Nations and to address the competent bodies of the United Nations including the UNESCO to organize a visit to “Artsakh”.

After the Ministry of Culture of Azerbaijan welcomed , on February 9, the forthcoming arrival of the UNESCO mission,